“… For what you really collect is always yourself” – Baudrillard 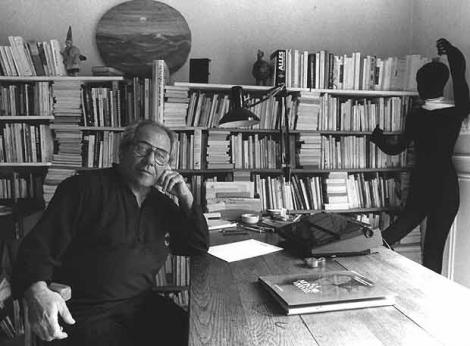 A few months ago I watched a BBC2 programme hosted by Mel Giedroyc and Mark Hill entitled ‘Collectaholics.’ It was a tragi-comic portrayal of a special kind of nutcase: ‘The Collector.’ As Mel and Mark interviewed avid collectors of the likes of beer cans, salt and pepper shakers and taxidermy (and their long-suffering partners and family), Baudrillard chapters on ‘A Marginal System: Collecting’ intruded my mind. During the programme Mel and Mark tried to hone these collectors’ habits, and, as Baudrillard writes, to find the point at which their “sheer accumulation may give way to a measure of discrimination.”

If you still haven’t read why Baudrillard could be called the first Planner, then you’ve fucked up royally. I’m kidding, but its people like you that have made me feel obliged to repeat myself. If you have read it, I also told you to go and buy ‘The System of Objects’ and to read it backwards. You probably didn’t bother. No worries – I’ll be attempting to translate sections of it here in as plain and un-pretentious way as possible. I’ll be illustrating his thoughts with adverts and slightly tongue-in-cheek ‘reaction GIFs’ as a nod towards shallow populist accessibility belying my evil plan to get some deep shit into advertising. If you have read my first post and want to cut to the good stuff, then please sigh deeply for those who haven’t and click the links below/skip the next two paragraphs:

Baudrillard is a Freudo-Marxist philosopher who also wrote about advertising. Baudrillard made me want to be an account planner. Marxist philosophers often focus on the exploitation of those who manufactured products that their bosses would then sell on at profit. Baudrillard was one of the first Marxist philosophers to realise the importance of consumer behaviour in our Capitalist system. Baudrillard’s work can be interpreted, as I have done, as a defence of consumer-orientated, and therefore planning-orientated marketing. He wrote ‘The System of Objects’ in 1968, which just so happens to be the same year in which the first account planner roamed the earth.

For Baudrillard, objects carry symbolic meaning (that is often fabricated by advertising and branding) in order to transform our world of impersonal, cold, hard, shiny stuff and the metal, plastic and whatnot of an object’s material actuality into something with a metaphorical ‘human voice’. Objects carry symbolic meaning and ‘talk’ to us. Baudrillard writes, “you can look at an object without it looking back at you. That is why everything that cannot be invested in human relationships is invested in objects.” We invest our world and its objects with human qualities to make it more meaningful. We also help to define ourselves through objects and we do this by choosing ones that we feel we can ‘relate’ to or that ‘speak’ to us. As Stephen King puts it in ‘What is a Brand?’ we “value brands for who they are as much as for what they do.” Right, now you are pretty much up to speed.

Baudrillard wrote that “Every object has two functions – to be put to use and to be possessed… These two functions stand in inverse ratio to each other.” Baudrillard adds that when objects are put into a collection they are taken out of use. This is why a toy car collector doesn’t dare take his treasures out of their original boxes. A collected toy car’s value is not in its use as a plaything, but rather in what it means to the collector, subjectively, as part of his collection. “An object no longer specified by its function is defined by the subject,” Baudrillard writes.

Brands have absolutely no practical function. Although the products they are associated with may be useful, this often isn’t why consumers will choose, say, Colgate over Aquafresh. Brands are purely there to add meaning to something we use so that we desire to possess it. I rarely look at what brand of milk I use in the morning. When its on the supermarket shelf, however, its brand suddenly seems a bit (and only a bit) more important.

When the milk sits on the supermarket shelf, it isn’t in use. That milk isn’t milk until you drink it. In the supermarket we aren’t really thinking about what it might taste like. We are thinking in a very abstract way when we consider whether to buy it. We might try and be practical and think about how much milk is there compared to its sell-by-date. We most definitely consider it’s price. Just before you grab it you might be thinking, “Is this milk organic, is this milk British, is this milk’s brand ethical?” or “I should probably buy red top milk because I am on a diet” or “I liked this last time.” This sentiment is summed up by Michael McIntyre below:

This is amplified when we buy cars, clothes or things that are evidently displayed to others: “How do people perceive this item? Is that perception something I want to associate with myself through associating myself with this brand?” Practical aspects tend to take a bit of a backseat when we buy things, simply because we aren’t using them when we buy them.

The stuff you can touch and use resides in the objective realm. Branding belongs in an abstract realm of woolly things like ‘meaning’, ‘values’ and ‘concepts’. This abstract realm is where subjectivity resides, and this is what collecting and branding is all about: making concrete objects abstractly and subjectively meaningful.